You are here: Home > Short-term closure planned for S.R. 252 east of Martinsville

MORGAN COUNTY, Ind. (Nov. 5, 2020) – State Road 252 is expected to close east of Cramertown Loop on Monday, Nov. 9. Crews will be installing a new drainage structure under the roadway. 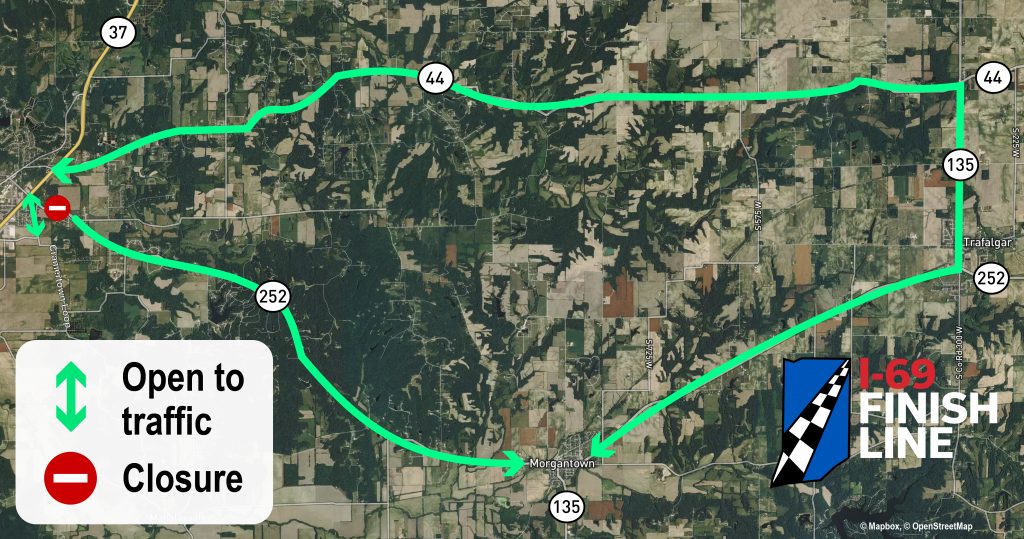 Trees are being cleared along the northwest side of S.R. 37 in preparation to build the next section of Morgan Street. It will connect the newly opened section with the existing Morgan Street to the south.