MARTINSVILLE, Ind. (Jan. 14, 2021) – The Indiana Department of Transportation (INDOT) urges drivers on State Road 37 to slow down this Friday and watch for changing traffic patterns near the south end of the I-69 Finish Line project.

Traffic will be restricted to two lanes – one in each direction – for guardrail repair along S.R. 37 southbound at the Indian Creek bridge. Watch for the traffic shift and lane closure to begin after 8 a.m. on Friday, Jan. 15.

Work is expected to be completed the same day and the existing traffic pattern reopened before the evening rush. The guardrail repair schedule is dependent on weather and other factors.

In its current pattern, S.R. 37 traffic is shifted to new pavement on the west side of the road and restricted to three lanes – two northbound and one southbound – from SR 39/Morton Avenue to Indian Creek. Contractors are building the new I-69 northbound lanes and bridges south of the Martinsville closure.

Nearly five miles of S.R. 37 is closed for faster, safer I-69 Finish Line construction in Martinsville. Law enforcement agencies are patrolling the S.R. 39, S.R. 67 and S.R. 144 detour for speeding and other traffic violations.

INDOT contractors also plan to perform guardrail repair along S.R. 67 southbound near Bethany in Morgan County. The work is scheduled during the day this Friday, Jan. 15.

James Baldwin Drive in Martinsville is expected to close on or after this Friday, Jan. 15 for one workday to install a new sewer connection. Traffic will be directed to use Industrial Drive and Robert Curry Drive as an alternate route. 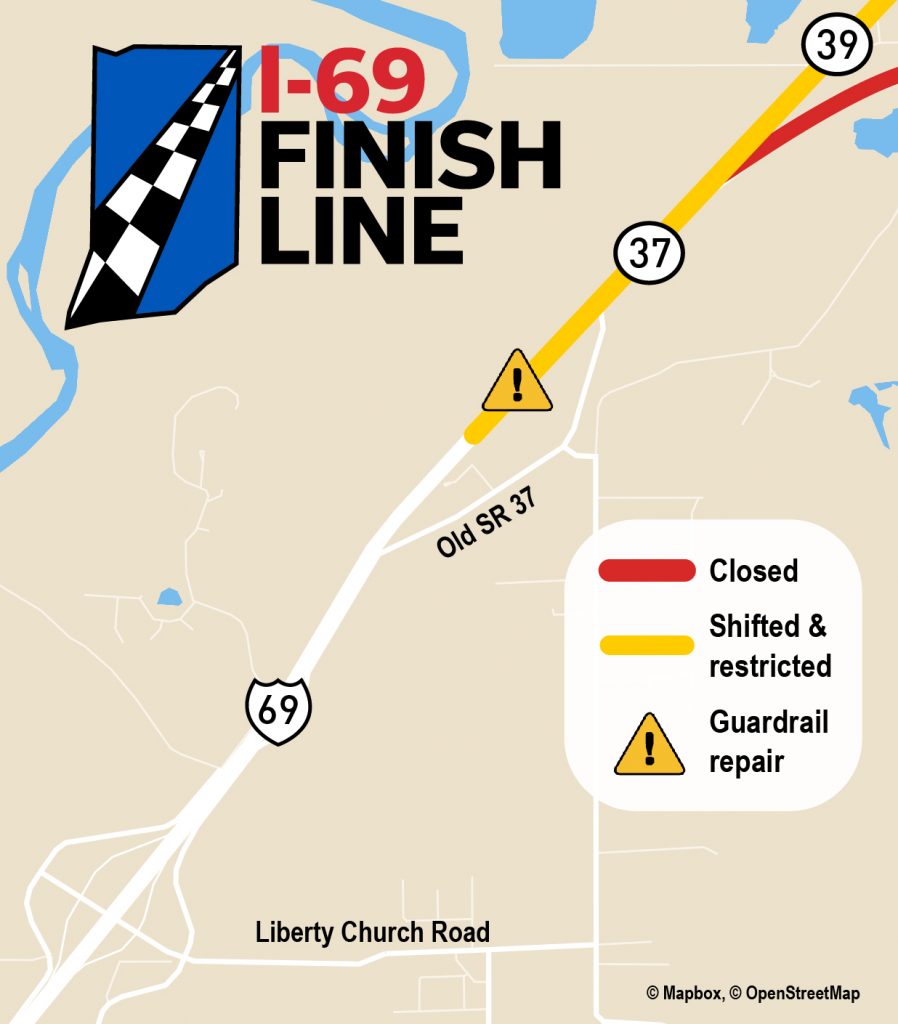