Three weeks ago, another traffic signal was activated at the S.R. 144 intersection with Mann Road/Centenary Drive. The intersections were previously controlled with a two-way stop, and S.R. 144 traffic should stay alert in the area as drivers adjust to the new traffic pattern.

The improvements will help safely move more traffic through the intersections when a portion of S.R. 37 closes in Martinsville next year for I-69 construction. The detour will follow S.R. 39, S.R. 67 and S.R. 144.

Later during I-69 construction, the S.R. 144 intersection with Old S.R. 37/Waverly Park Road will be reconfigured as a large roundabout. 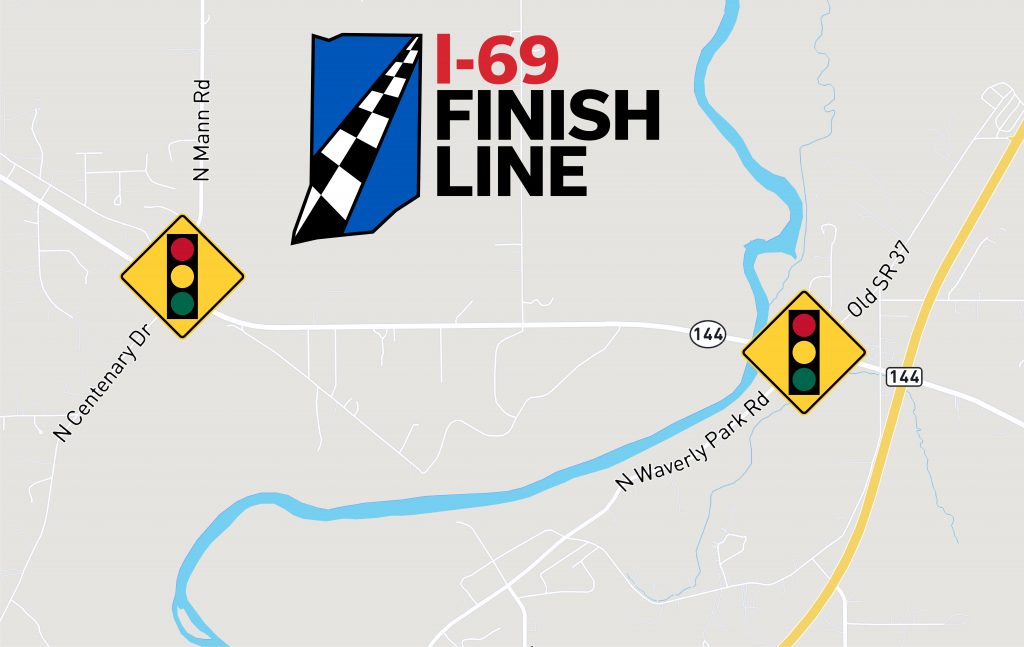