You are here: Home > Downtown Martinsville streets to be re-striped Sunday and Monday

Downtown Martinsville streets to be re-striped Sunday and Monday

MARTINSVILLE, Ind. (Nov. 25, 2020) –  Crews are scheduled for downtown Martinsville on Sunday, Nov. 29 and Monday, Nov. 30, weather permitting, to grind and restripe portions of Jefferson and Morgan streets. On Sunday, crews plan to grind off the pavement markings at various points along Morgan Street and on Jefferson Street between Washington and Pike streets.

I-69 Finish Line crews will take advantage of the current closure on Morgan Street to finish their work there. On Sunday and Monday, Jefferson Street is expected to be completely closed to accommodate the grinding and restriping.

To protect both workers and vehicles, no traffic or parking will be allowed on Jefferson Street during the operation. The hard closures with barricades will begin at three intersections: Jefferson and Morgan, Jefferson and Washington, and Jefferson and Pike.

Here’s a look at the changes drivers can expect: 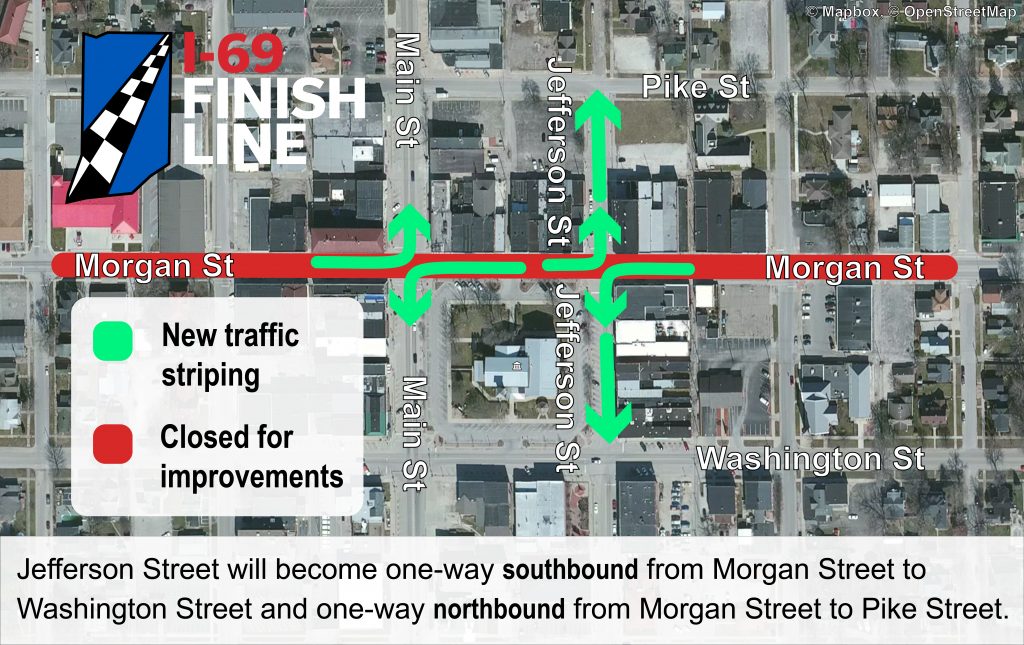