You are here: Home > Daytime S.R. 37 traffic stoppages next week for I-69 bridge work

Daytime S.R. 37 traffic stoppages next week for I-69 bridge work

MORGAN COUNTY, Ind. (Sept. 18, 2020) – Watch for intermittent daytime traffic stoppages on State Road 37 next week as large concrete beams are delivered for two new bridges that are part of I-69 Finish Line.

S.R. 37 traffic should slow down and be prepared for daytime traffic stoppages of up to 20 minutes each. Both directions of S.R. 37 will be stopped at two locations:

Large beams are scheduled to be backed one by one through the S.R. 37 intersection at New Harmony Road Monday through Wednesday.
Staging and lifting of bridge beams at Indian Creek south of S.R. 39 in Martinsville will require multiple daytime traffic stoppages on Wednesday and Thursday.

Crews are also deploying signs and orange barrels along S.R. 37 from Morgan Street in Martinsville to S.R. 144. Paving and resurfacing in the S.R. 37 median and northbound shoulder is expected to begin as soon as next week and will result in a single lane closure that could extend for up to four miles.

A concrete bridge deck pour over the highway is expected to close single lanes on S.R. 37 near Egbert Road starting early Wednesday morning.

Because of the increased construction activity and changing traffic conditions, police are enforcing a reduced speed limit of 45 MPH for the safety of both motorists and highway workers.

Drivers should watch for traffic changes on Egbert Road east of S.R. 37. Temporary access between S.R. 37 and Egbert Road is being maintained for local traffic only.

Access to nearby homes is expected to change on Saturday. Residents will use the new Willowbrook Drive connection to Egbert Road. 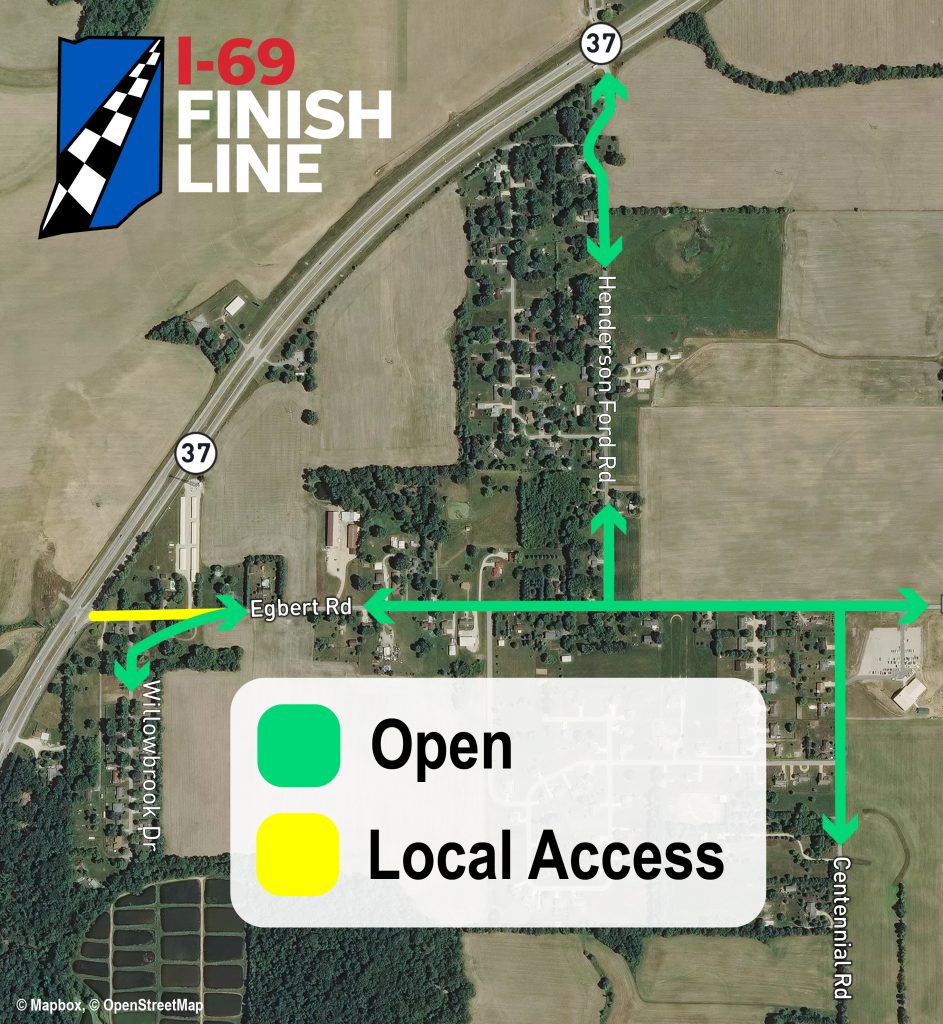