You are here: Home > Visual enhancements for the I-69 Finish Line project

Visual enhancements for the I-69 Finish Line project 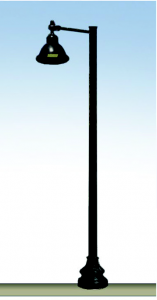 Thank you to the public and local officials in Morgan, Johnson and Marion counties for your partnership in enhancing the aesthetics of the I-69 Finish Line project. Each county will have a unique identity as motorists travel between Martinsville and Indianapolis.

I-69 bridges in Johnson County will have a red brick pattern for the concrete bridge railings and a gray color for the structural beams.

Concrete forms with a triangle design will be used to cast retaining wall panels, and the Sanibel transitional style will be used for decorative lighting. 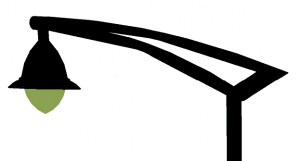 Colors and patterns for concrete retaining walls and bridge barriers being used in Martinsville will be continued north into Morgan County.

In addition, the I-69 interchange at Henderson Ford Road will feature Gardenia style decorative lighting. 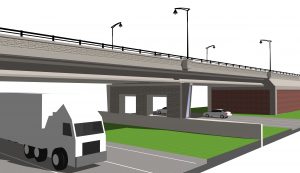 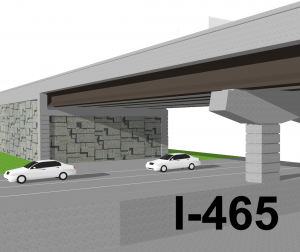 For consistency, I-465 improvements that are part of the project will continue visual elements first used the west side of Indianapolis about 10 years ago. 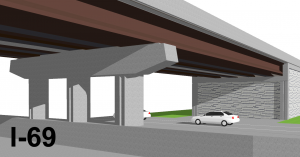 About I-69 Finish Line